A roof survey carried out by consultants E3 Cube of Liverpool found that the slate roofs of this West Yorkshire primary academy were suﬀering from loose, broken and missing slates, defective mortar pointing to ridges, hips and chimneys, and a lack of thermal insulation.

On behalf of the school, they specified a full refurbishment of the pitched roof areas which encompassed a full strip to the rafters, installation of ceiling level quilt insulation and replacement of slates on Tyvek vapour permeable underlay and new timber battens.

Ventilation was provided at eaves and ridges, with the ridges and hips being mechanically fixed. All material selection and works were to be carried out in accordance with BS5534. While it is customary during slate renovation works to reclaim and re-install the good slates and only replace the poor quality ones, for reasons of continuity of the aesthetics it was decided to place all of the reclaimed slates on the rearmost roof areas, and fully replace the front roof areas with new material.

With the striking contrast of the red clay ridge & hip tiles, these refurbished roofs now give the buildings a fresh new overall appearance, as well as providing long term weatherproofing for the school. 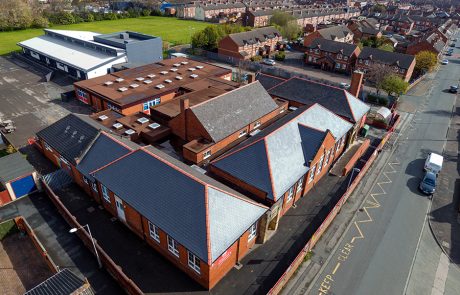 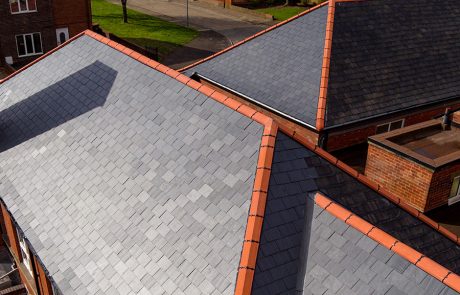 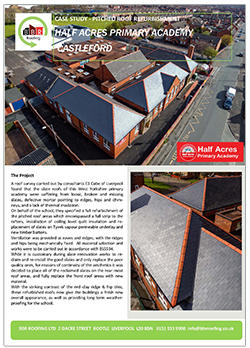