Originally founded in 1620 and run under the auspices of the Merchant Taylors Company until 1910, the school moved to its present site in 1878, and encompasses several recent and traditional buildings, some of which are Grade II listed. Merchant Taylors School today is an independently run school with over 700 fee-paying pupils.

Sitting directly below the Grade II listed clock-tower, the kitch-en and dining room roof had come to the end of its useful life, with water infiltration entering the building in a number of lo-cations. An initial survey by BBR Roofing identified the issues with the existing bituminous felt roof covering and subsequently architect Saunders Bell approached Bauder for a specification for re-roofing.

BBR Roofing were appointed to strip and replace the roof with a Bauder Total waterproofing system, including a tapered insu-lation scheme to provide adequate rainwater drainage. A comprehensive twenty year guarantee also forms part of the Bauder offer.

All works had to be completed wi thin a tight timeframe so as not to cause disruption to scheduled weddings – and the wedding portraits – taking place in the historic building below. 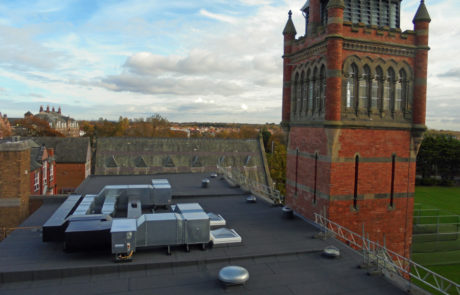 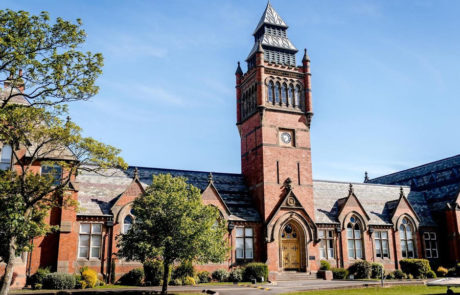 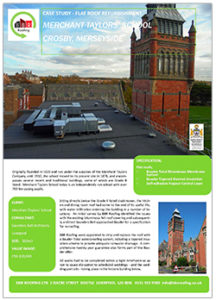